A Reply to an Open Letter

Patheos is developing a forum for conversation exploring many areas of faith in our culture. Inevitably this will touch at times on issues of science, reason, and faith – an article by James Hannam on his book God’s Philosophers, a Veritas Forum lecture by Dr. Collins Learning the Language of God, and an atheist bemoaning the accommodationist tendencies of many, including the National Academy of Sciences, in The War Between Science and Religion are just a few examples. 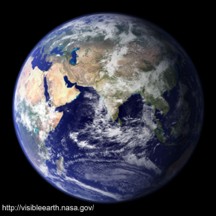 In one recent contribution David Moore, (founder and president of Two Cities Ministries), posted an open letter to Karl Giberson regarding his recent exchange with Dr. Mohler. Now I do not know either Dr. Giberson or Dr. Mohler and I have no desire to defend Dr. Giberson’s approach to the science faith discussion. I have presented some of my response to Dr. Mohler in a couple of earlier posts (Houston, we still have a problem and Houston, here’s the situation.)

Mr. Moore’s generally excellent letter, though, raises an important question. In his penultimate paragraph he notes:

My own position on the age of the earth is agnostic, so I guess I don’t agree with either one of you. I do believe in a literal Adam and Eve. Here’s why I am agnostic about the age of the earth and related matters: Kurt Wise, as you well know, received his Ph.D. at Harvard under Stephen Jay Gould. Wise is no dummy and he is an early earth creationist. You received your Ph.D. at Rice (a great academic institution and a growing powerhouse in football) and you hold a polar opposite view from Wise. When I teach theology or church history, I constantly alert my students to an important reality. If two scholarly Christians who genuinely seem to be seeking the truth on some issue come to different conclusions, you can be certain about one thing: the issue isn’t crystal clear.

The sentiment and reasoning in this paragraph is something I come across frequently in the discussion of science and faith. But it has serious problems worth some real discussion.

How do you approach and make decisions on complex issues requiring expert knowledge?

What do you do when two intelligent Christians who have studied the issues genuinely disagree, and disagree diametrically?

There are a number of problems with Mr. Moore’s reasoning here.

First, competing views among experts is not sufficient reason for agnosticism. Agnosticism in such a situation is often either a sign of intellectual laziness or a sign that the issue is viewed to be of secondary importance, not worth real investigation. From the tone of Mr. Moore’s letter I rather expect his position is the latter, but I cannot agree. While there are large groups of people for whom it will be secondary, there are increasingly large groups for whom it decidedly is not secondary. This discussion has become or is becoming a serious stumbling block for faith and for witness. We need Christian leaders who take the time to truly understand the basic issues.

Second, when scholars disagree the first order of business is to figure out why. I certainly expect that Mr. Moore teaches this in his theology or church history classes as well. If the reason is found in the precise interpretation of an esoteric Greek phrase and a disagreement about it’s Semitic roots it is a matter best left to specialists, often of secondary (or tertiary) importance. But if the discussion is important then teachers and leaders, students in a field, must make a best effort to understand the issues. Part of this requires reading the arguments carefully enough to understand the framework and basic suppositions of an argument. Christian leaders and teachers cannot simply count experts and declare the issue to be a draw or beyond discernment. This leads to my third point.

Third, the evidence for the age of the earth is rock solid. If there were any real scholarly debate regarding the evidence for the age of the earth I would have sympathy for Mr. Moore’s position. In the face of true expert debate with significant groups on each side sometimes the only sane approach for the non-expert is an open agnosticism waiting for a consensus to appear. But this is not the case here. The only people I know who hold to a young earth do so on theological or philosophical grounds. The data are solidly on the side of an old earth and an even older universe. Even Dr. Wise as far as I know does not dispute the strength of the evidence, rather he continues a search for new evidence that he trusts will bolster a position he holds on theological and scriptural grounds; he finds that his faith requires it. For more details on the evidence for an old earth see: The Bible, Rocks and Time: Geological Evidence for the Age of the Earth (I posted on the book here) or a short discussion on issue regarding the age of the earth here: An Ancient Earth. 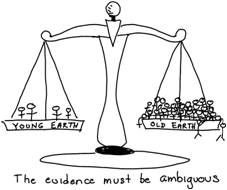 Where does this leave us? If the average person in the pew takes a position of agnosticism – this is understandable. When Christian leaders and apologists use this approach without carefully considering the issues we have a problem. When Christian leaders and apologists declare an impasse based on the theological (not scientific) view of one well trained paleontologist over and against the consensus view of hundreds (more likely thousands) of Christians active in the sciences we have a disaster. Don’t bother assembling a few more names – the ratio won’t change, only a handful hold a young earth position and the position is held on theological, not scientific, grounds. There is more genuine discussion, disagreement, and debate on details of evolution and the nature of Adam and Eve.

Scot posted an excellent discussion from Alister McGrath’s new book The Passionate Intellect: Christian Faith and the Discipleship of the Mind asking the question: What good’s a theologian? This post has bearing on the issues here. In the church we need Christian thinkers in all areas in dialog with each other, theologians, scientists, biblical scholars, historians, and more. We need to listen to each other and trade in the realm of ideas not dogma and camps. One of the strengths of the internet is the forum it can provide, when properly moderated, to bring experts to the table in conversation. I post and comment here to participate in this conversation. Perhaps, I pray, it will have a little impact.

What do you think? When is agnosticism a valid position?

More importantly when is it a valid position for a Christian leader or teacher?

And that brings me to one final thing – Patheos has, for some good reasons, limited the rss feed to excerpt only on this blog. Because I would like to make my posts as widely available as possible, and because I’ve traveled enough to know that web-only access on a big site can be a real hindrance, I am going to repost on Musings on Science and Theology and provide mobile formatting and full rss feed. All comment, conversation, and interaction will remain on the Jesus Creed site alone.

As always you can contact me directly if you wish at rjs4mail[at]att.net