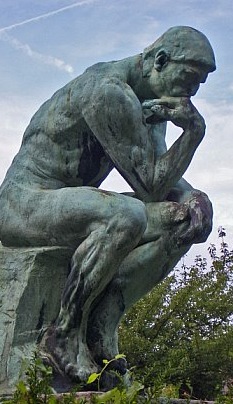 Sam Harris, author of The End of Faith has a new book The Moral Landscape: How Science Can Determine Human Values. In this latest offering Harris tackles the question of morality. As is the norm he is out giving interviews and building interest in the book – many available online. In an interview at AVClub (read the whole interview) he outlines his purpose in writing the book and some of his conclusions. He finds the abdication of moral framework by science and scientists to be unfortunate to say the least. Such an abdication leaves a place for religion and for tyranny. This is something that Dr. Harris finds regrettable. From the interview:

Secularists and more educated liberal types, by and large, think that there’s just no such thing as moral truth; morality is either purely a product of culture, or we make it up, or it has just been drummed into us by evolution and there’s nothing about our intuitions of right and wrong and good and evil that actually connects to reality in any scientific sense.

I really perceive this to be an intellectual emergency, because the only people who are sure that there are right answers to moral questions are, for the most part, religious demagogues.

Given the current state of affairs he sets out to define morality.

Before looking to Dr. Harris’s argument, what would you define as moral truth? What is the basis for morality?

Sam Harris, of course, will not turn to religion to define morality. Iron age superstition, he feels, has little to add to the discussion. Morality, according to Dr. Harris, relates to the well-being of conscious creatures—humans and animals. Moral good promotes such well-being, moral evil runs counter to such well-being. This is the basis for a rational, scientific morality.

If science can make such a claim – then Dr. Harris suggests that we should, in fact enforce, or try to enforce that morality world wide. This doesn’t mean exporting western culture – rather, it means exporting a scientific idea and ideal. He does acknowledge, however, that there may be many “peaks” corresponding to optimal human and animal well-being. No one optimal form has preference over any other. But any situation that does not put forth human and animal well-being as paramount is immoral. The difference between that which forwards human and animal well being and that which does not defines universal human morality.

Not only is it the most valuable thing in the universe, I argue it’s the only thing of value: the possibilities of having increasingly good experience.

If this is morality – human and animal well being – then no church, no religion, is moral. The aims are, Harris suggests, wrong. Modern secular liberalism of the live and let live variety is equally wrong. Who are we to condemn – oh say Islamic treatment of women – the educated, liberal, secular person asks. Harris suggests that we should, and in fact, must confront such behavior on moral grounds.

Dr. Harris’s definition of morality has merit, in fact it is not all that different from a Christian morality. However, his approach, his solution to the “morality problem,” is inherently unscientific. He imposes this value ad hoc to suit his purpose. He asserts that what he finds to be right and good is, in fact, ultimate right and good (we just know it in our gut). He then suggests that this should be spread throughout the world.

What do you think? Is Harris’s suggested ground for morality valid?

Is well-being of conscious creatures a reasonable alternative to religion? Is it scientific?