How Can We Know? 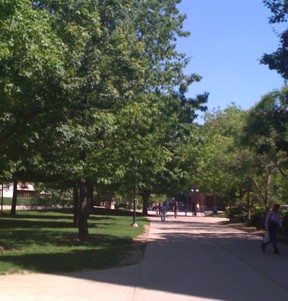 Scot posted a brief excerpt of a column by Karl Giberson last week – Bachmann’s World – that received a great deal of comment, some good comment, some not so good comment repeating the old back and forth without really engaging in the content of Giberson’s column. This column was part of a publicity campaign for a new book by Randall Stephens and Karl Giberson – The Anointed: Evangelical Truth in a Secular Age. I will get a copy of this book and look at some of the ideas developed by Stephens and Giberson in more depth. In the mean time, Giberson had another column last week in the Huffington Post, Why Evangelicals Are Fooled Into Accepting Pseudoscience, that also touched on the ideas that are explored in greater depth in the book.

A  short excerpt from Dr. Giberson’s article in the Huffington Post:

In our new book, “The Anointed: Evangelical Truth in a Secular Age,” historian Randall Stephens and I look at the widespread and disturbing inability of American evangelicals to distinguish between real knowledge claims, rooted in serious research and endorsed by credible knowledge communities, and pseudo-claims made by unqualified groups and leaders that offer “faith-friendly” alternatives.

These claims are often taken without much critical thought. Dr. Giberson goes on to note:

American evangelicals desperately need credible leaders to wean them off their preference for discredited and indefensible knowledge claims. At the moment, however, it is hard to imagine where these leaders might come from.

This is a pretty serious indictment of American evangelicalism. I would have to say that I think it is an indictment with some teeth – Mark Noll wrote about this in The Scandal of the Evangelical Mind – and while we have progressed in some areas, the problems still exist. Today I would like to open a conversation around the idea of knowledge – especially, but not only, knowledge as it relates to questions in science and faith. First a warning. I want to keep this post productive – and I will delete comments that become derogatory or that degenerate into “he said” “she said” back and forth. Support your assertions with substance. Keep comments short enough to read. I will also delete any comments that complain about Dr. Giberson’s tone – that was hashed out in detail after the post last week. Today I would like to concentrate on the content of this  idea of knowledge, how we know and who we trust.

Do you think there is a problem within evangelicalism with the ability to evaluate truth claims?

The question of evolution is one place were this ability to evaluate truth claims becomes a bit murky – and it sneaks into the conversation in a wide range of ways and and in an equally wide range of places. Skepticism about evolution is asserted as fact without any serious analysis.

I posted a short series on Dr. Mary Poplin’s book Finding Calcutta. This is an excellent book. I enjoyed reading it. It was thought provoking and challenged some of my deep seated assumptions and presuppositions. Dr. Poplin is a fine scholar.  And yet … and yet…

In two appendices to the book Dr. Poplin deals with A Brief History of the University and Dominant Worldviews and Toward a Twenty-First Century University. The premise here is that we need Christians in the academy, we need Christians who bring the heritage and view of Christian faith into their academic disciplines – not in exclusion of other views, but alongside other views. We also need, she suggests, a network of Christian Universities where scholarship and faith can be combined. I agree with much of what she says and find much, even where I may not agree worth careful consideration and discussion.

And yet … in reading these appendices it was clear that the problem described by Stephens and Giberson has wormed its way into Dr. Poplin’s thinking about some of these issues.

Some scientists cling to the purely naturalistic Darwinian theory to explain the evolution of the natural world, in particular the emergence of the human being. While plenty of evidence exists of evolution within species, there is still scant evidence to support the evolution of one species into another.22 Yet there are both Christians and non-Christians who believe in some form of evolution, theistic or otherwise.23 Science and Christianity are completely compatible, indeed modern science emerged from Christianity. Today there are many more Christians who are professors of science than there are Christians who are professors of the social sciences and the humanities.

The major intellectual debate that continues to this day is between naturalists, who believe that natural phenomenon is all there is, and those who believe, like Francis Collins, “in the complementary nature of the scientific and spiritual worldviews.” (p. 169)

She goes on to note that the image of the science and faith debate as portrayed by the media tends to distort all disagreements to uneducated nonscientists vs “real” scientists.

That is simply not the case. Both groups are scientists, and the major debate is over a purely naturalistic worldview and its assault on ways of knowing outside of the scientific method, as well as its insistence that the material world is all there is. (p. 170)

What about the source for skepticism? Several things here. First – the reference for scant evidence to support the evolution of one species into another are books by Michael Behe, Philip Johnson, and William Dembski (note 22).  The references for those who believe in evolution? Darrel Falk, Kenneth Miller, John Polkinghorne (note 23). She refers to Francis Collins in the next note (24) – and could easily include him here as well.

If we look at this – the idea that there is scant evidence for evolution from one species comes from a biochemist (Michael Behe – who does support the idea of common descent, although he thinks random mutation and natural selection is insufficient. The process must be front-loaded), a lawyer (Johnson), and a mathemetician/philosopher (Dembski).

The Christians who support evolution are two biologists (Falk and Miller), a physicist (Polkinghorne), and a geneticist (Collins).

I give Dr. Poplin credit here because she really has zeroed in on the key issue. The argument that matters is between those who assert a purely naturalistic world view and those who believe that this is not the whole story. Every one of the Christians who are scientists – Falk, Collins, Miller, Behe, Polkinghorne, and more she could have mentioned – stands against the purely material naturalism that pervades much scientific discourse.

Unfortunately Dr. Poplin has not really analyzed the sources for her “common knowledge assertion” (common within evangelicalism at least) that there is scant evidence for evolution of species. She is not a scientist, I don’t expect her to necessarily understand the science, and yet she takes the view of a mathemetician/philosopher and a lawyer as given without, apparently, reading what Dr. Falk, Dr. Collins, and the others have written about evolution.  She doesn’t really do justice to what Dr. Behe actually says. It is important when making a statement that there is scant evidence to support evolution to cite credible sources that demonstrate this and use them appropriately.

The evidence for evolution is strong and is getting stronger with each new experiment and discovery.  There are continuing modifications to our understanding of how evolution works and the historical course of the process. This is normal in any scientific endeavor. But evolution is not a theory in trouble with scant evidence in support. The evidence comes from genetics – the DNA within every living creature – and from the fossil record. I’ve discussed transitional forms and the evidence for transitional forms in the past (Tiktaalik roseae and Friends, Missing Links?, Tiktaalik roseae revisited). Biologos has posted a series by Stephen Matheson on New Limbs from Old Fins relating to this discussion (Five parts so far: 1, 2, 3, 4, 5).

More importantly, human evolution is not a theory in trouble with scant evidence in support. A recent discovery that combined both paleontology and genetic analysis highlights the growing body of knowledge and understanding: Genetic history of an archaic hominin group from Denisova Cave in Siberia. Two posts on Biologos help to put this evidence in context. The first by Darrel Falk, A Geneticists Journey, is particularly good. The second, Understanding Evolution: Neanderthals, Denisovans and Human Speciation by Dr. Venema (a Biology professor at Trinity Western University in British Columbia) is also good, but a little harder to read. Many details are yet unknown – but nothing appears that causes deep cracks in the general scope of evolutionary theory.

I am not trying to pick on Dr. Poplin here – I really appreciated her book. But as evangelicals we often don’t step back to analyze the evidence for various truth claims, we simply repeat accepted formulas. The evidence that needs to be considered includes, but is not limited to, the credentials and experience of the experts. The evidence must also include an assessment of the arguments advanced in favor and opposition to the various claims. I’ve written about this before – particularly in the post Who Can We Trust?

This is one of the most important problems confronting Christians in academic settings. When we fail to investigate truth claims, and to exercise care in making statements about science, history, linguistics, and more we are setting Christians up for a crisis of trust and a crisis of faith.

How do you evaluate truth claims within evangelicalism? Is this important?

Have you ever felt deceived by fellow Christians over some of these claims?

If you have comments please visit How Can We Know? at Jesus Creed.

This entry was posted in Knowledge, Problems for Faith, Science and Faith and tagged Authorities, Karl Giberson, Knowing. Bookmark the permalink.
Loading Comments...
%d bloggers like this: