Do Faith Claims Have a Place? 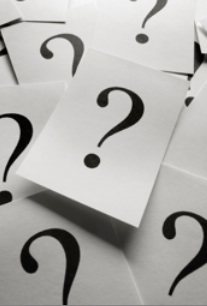 There is an interesting column by Paul Pardi in the Huffington Post: Why Faith Claims Should Be ‘Corrected’: A Professor’s View (HT JT).  In this column Pardi discusses a recent article and talk by Professor Peter Boghossian of Portland State University.

At the heart of Boghossian’s argument is the idea that students should leave a classroom more informed about the world than they entered it, and since faith claims aren’t publicly testable, students who make them “shouldn’t be given a seat at the adult table.” Boghossian makes a distinction between a private belief that impacts only the person believing it (like the belief that peanut butter tastes good) and public claims that are supposed to have implications for the rest of us (like the claim that God disapproves of contraception). Beliefs about God and his activity are private beliefs that students are welcome to hold but these beliefs should not be a part of the educational conversation. If a student makes a public argument that is based on a private belief, professors should call these students out and help correct their thinking.

What place do faith claims have in public discussions?
More from Pardi’s article:

Boghossian is clear that the crux issue is not about the claims themselves. Rather, he focuses on addressing the processes one uses to get to those claims. Professors must “meaningfully discuss these issues and talk about the process one uses and the fact that certain processes are unreliable to lead one to the truth — faith being one of those processes — and have educators call people out on, quite frankly, delusion.”

What role should faith play, if any, in the way we think about the conversation in the classroom or an ordered society

According to Boghossian, it should be relegated to personal preference like a taste for peanut butter or what to do in one’s free time. Faith claims should not be given any educational or social authority. And in case you missed it, that’s a public truth claim and one that should and will be discussed broadly and deeply as the role of faith continues to evolve.

Read the full article, where there is also a link to more by Professor Boghossian. As a professor and a scholar I agree that faith claims should be challenged and tested. But they are not tested on objective, empirical, scientific grounds alone. There is more to knowledge and scholarship than empirical science, or philosophy, admits. And faith claims – including Boghossian’s – certainly belong in the public sphere and in the classroom

Are faith claims merely personal taste, like a preference for lefse or lutefisk?

Which faith claims should have a place in the public sphere or the classroom?

(Added) By the way – Justin Topp, through whom I found Pardi’s article, posted on it today as well. His post is well worth reading: False faith claims and faith as a cognitive sickness.

If you have comments please visit Do Faith Claims Have a Place? at Jesus Creed.