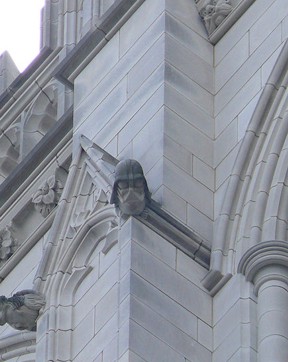 There is an excellent article in the March edition of Christianity Today: Bigger Than We Think by David Wilkinson that describes how the Christian doctrine of creation goes far deeper that just explaining how the world began. It goes far deeper than explaining the origin of life or the origin of the diversity of life. David Wilkinson received a PhD in Theoretical Astrophysics from the University of Durham and a PhD in Systematic Theology from Cambridge University where he explored Christian eschatology.

From the CT article:

The Christian doctrine of Creation has often been hijacked by controversies over how old the universe is. It has been hollowed out by the theory that God simply ignites the universe and then goes off for a cup of coffee, never touching his masterwork again. It is interesting that attacks on belief in a Creator, whether from Hawking, Richard Dawkins’s The God Delusion, or Lawrence M. Krauss’s recent A Universe from Nothing, tend to target this diminished deity. But the Bible has a much bigger understanding of God as Creator. Not only does the doctrine of Creation feature in Scripture beyond just Genesis 1, God’s creative activity permeates every moment of the history of the universe.

Scientific explanations can only go so far. To address the big questions we have to go deeper into the transcendent meaning of the facts. In this clip from Test of Faith (an excellent resource by the way) Wilkerson goes to George Lucas and Star Wars and to the scientific description of a kiss to explain what he means.

What is the scientific definition of a kiss? Well a kiss is the approach of two pairs of lips, the reciprocal transmission of carbon dioxide and microbes, and the juxtaposition of two orbicular muscles in a state of contraction. That is a kiss in scientific terms. But if I go to my wife and say to her, “Allison, I’d love to get together with you for a mutual transmission of carbon dioxide and microbes” she would say “Get lost.”

In this next clip he takes this transcendent meaning back into the interpretation of Genesis.

In the Christianity Today article Wilkinson makes five points – good for a five point sermon on creation perhaps. You can read Wilkinson’s article at CT. I will add a few of my own comments here.

First: the Christian doctrine of Creation is never an abstract, academic concept.

Second: the Christian doctrine of Creation has Christ at the center.

Our doctrine of Creation must have a key place for Jesus. The incarnation is not plan B and “it will not suffice to look for gaps in the scientific account into which God can be squeezed.” A few key passages:

In the beginning was the Word, and the Word was with God, and the Word was God. He was with God in the beginning. Through him all things were made; without him nothing was made that has been made. In him was life, and that life was the light of all mankind. The light shines in the darkness, and the darkness has not overcome it. … The Word became flesh and made his dwelling among us. We have seen his glory, the glory of the one and only Son, who came from the Father, full of grace and truth. (John 1:1-5,14)

The Son is the image of the invisible God, the firstborn over all creation. For in him all things were created: things in heaven and on earth, visible and invisible, whether thrones or powers or rulers or authorities; all things have been created through him and for him. He is before all things, and in him all things hold together. (Col. 1:15-17)

Third: the Christian doctrine of Creation affirms that God is the sole creator of the universe.

He is also the sole sustainer of creation, and here we have Christ as well – for in him all things hold together. The Genesis narrative affirms God as sole creator and undermines the creative powers in all of the competing stories in ANE culture.

Fourth: the Christian doctrine of Creation needs to be seen in light of the reality of new creation.

Wilkinson emphasizes that the creator is also redeemer. Creation is good, or why would God redeem it? “And if creation has been redeemed, then we can look forward to a new creation, the “new heaven and new earth” described in Revelation 21.” I think we should go a little further than Wilkinson and flip our perspective. As Harrell points out in Nature’s Witness (see last week’s post), the whole biblical narrative, including the creation narrative, is best viewed from the perspective of Revelation. Being drawn toward the future rather than wandering along from the past, God’s plan takes shape.

Fifth: the Christian doctrine of Creation shows that humanity has the capacity for an intimate relationship with God.

Wilkinson suggests that “[b]earing God’s image is about relationship with God more than any specific human attribute or pattern of behavior.” The Trinitarian picture of God as love puts the focus on relationship. Both Daniel Harrell (See A Competent Creator under God as Relational) and Tim Keller (The Divine Dance) emphasize this.

And I will wrap up with Wilkinson’s summary:

In the Christian doctrine of Creation, we thus find a common theme. The meaning of the universe is not to be found in an impersonal cosmic force, or in a mathematical theory, or in a philosophical abstraction. Instead, it is found in a personal God who wants relationships with human beings. To be human is to receive the gift of relationship, to love and be loved by the God who created you.

The doctrine of Creation is far deeper than science, and far more important.

This entry was posted in Creation, Genesis and tagged David Wilkinson. Bookmark the permalink.
%d bloggers like this: