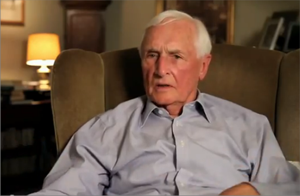 I admit it, I am a P.G. Wodehouse fan. I’ve read (and have on my shelf) all of the Jeeves and Wooster books along with many of Wodehouse’s other books. One of my favorite shows is the British TV series Jeeves and Wooster starring Hugh Laurie and Stephen Fry. … But I digress. This post concerns a different Jeeves, Malcolm Jeeves, emeritus professor of psychology at the University of St. Andrews.

The most pressing questions at the intersection of science and faith these days have little to do with Genesis 1 and everything to do with the essence of what it means to be human. Recent comment threads on the importance of creation “in the image of God” and on free will have highlighted some of the major questions and the concerns. This is an issue that comes up repeatedly in e-mail questions off-line as well. It seems to me that for many the root of the Adam question is not first and foremost a Bible question or a science question. It is a social question and a human question. What does it mean to be human? Are we nothing but bags of chemical reactions shaped by evolution, environment, and experience?

Malcolm Jeeves is a Christian, an emeritus professor of psychology, and of late he has been thinking and writing about the intersection of mind and brain and the relationship of the psychology and neuroscience with Christian faith and religious belief. He has a couple of recent books worth a careful look. The first, Neuroscience, Psychology, and Religion: Illusions, Delusions, and Realities about Human Nature, coauthored with Warren S. Brown provides an overview of the relationship between neuroscience, psychology, and religion. In this book Jeeves and Brown survey the history and current state of neuroscience with emphasis on the interface with religion. They review how current controversies of science and religion are framed and provide a model for future dialogue. Jeeves gives a brief intro to the book in this clip:

Jeeves: This book picks up a question that has been around for several millenia, but it does it in a context where there is so much new and exciting science at the interface of neuroscience and psychology, which sheds light on human nature, which we didn’t have before. And if we are going to understand how this relates to our wider life, including our religious life, then this book attempts to show how you can be honest about both your science and your religion and make sense of it all.

The second book, Minds, Brains, Souls and Gods: A Conversation on Faith, Psychology and Neuroscience, brand new from IVP Press, takes a more conversational and less formal approach. From the promotional literature:

In the tradition of C.S. Lewis’s Letters to Malcolm, Malcolm Jeeves presents a fictional conversation between professor and student which addresses the complex life issues one faces as a psychology student, and how to make sense of one’s faith in early adulthood. 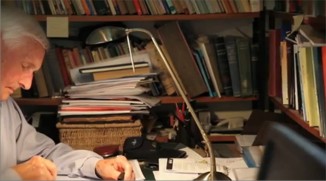 The book covers much of the same material presented in Neuroscience, Psychology and Religion, but does so in a conversational, question and answer style. This being the 21st century the format of the conversation is not an exchange of long letters, but an exchange of e-mails, short and long, over a course of undergraduate studies. Although the presentation is a fictional conversation, the questions posed by “Ben” represent the cumulative experience of more than half a century interacting with students taking psychology. Many of the questions came to Jeeves personally, others were suggested by friends and and colleagues … questions they had been asked by students and occasionally out of the blue through e-mails from people around the world. These are real questions asked by real students, answered by a renowned expert.

Can you tell me more about this? If religious belief is nothing more than a kind of placebo effect, and that causes the reported better health among religious people, what does this do to our understanding that there’s something special about religious belief, about being grounded in a relationship with a God who really exists? (p. 157)

We’ll look at this and other questions while working through the two books by Jeeves. It may not be as entertaining as Wodehouse, but the questions and answers are riveting and hit dead on the questions and doubts faced by many today.

What questions do you find the most significant?

Does modern neuroscience and/or evolutionary psychology pose a serious challenge for Christian faith?