A Spherical Earth … Oh No! 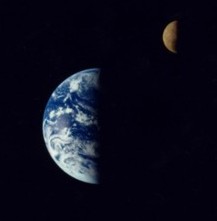 The next chapter in Kyle Greenwood’s new book Scripture and Cosmology looks at the move from an ancient Near Eastern view of the cosmos to an Aristotelian view. In the fifth and fourth century BC (i.e. 400’s and 300’s) change was afoot. The typical ancient Near Eastern view of the cosmos involved a flat earth with boundaries, foundations, and a roof (firmament) overhead. The earlier Greek view was similar, but accumulating knowledge was pushing consensus toward a spherical earth. The available evidence is fragmentary, coming primarily from the writings of the philosophers, with a diversity of views represented. In the 300’s Aristotle accepted and taught the spherical nature of the earth and cosmos. He based his argument for a spherical earth on evidence.

In ~350 BC Aristotle wrote On the Heavens (Greek: Περὶ οὐρανοῦ, Latin: De Caelo). In this work (translated by J. L. Stock, Clarendon Press, Oxford) we read:

But the spherical shape, necessitated by this argument,follows also from the fact that the motions of heavy bodies always make equal angles, and are not parallel. This would be the natural form of movement towards what is naturally spherical. Either then the earth is spherical or it is at least naturally spherical. (297:15)

The evidence of the senses further corroborates this. How else would eclipses of the moon show segments shaped as we see them? (297:20)

Again, our observations of the stars make it evident, not only that the earth is circular, but also that it is a circle of no great size. For quite a small change of position to south or north causes a manifest alteration of the horizon. (297:30)

Also, those mathematicians who try to calculate the size of the earth’s circumference arrive at the figure 400,000 stades. This indicates not only that the earth’s mass is spherical in shape, but also that as compared with the stars it is not of great size. (298:15)

Aristotle envisioned a series of concentric spheres with the earth at the center and the sun, moon, and planets and stars on outer spheres. The circumference of the earth given by Aristotle is about 1.6 times larger than the actual circumference or more, depending on the length of a stade. Another Greek (Eratotsthenes) came up with a much more accurate value for the circumference a couple of hundred years later.

By the first century the spherical system was not really controversial in the Greek and Roman world. In the early second century AD Claudius Ptolemy put this cosmology on a more rigorous ground and proposed that the planets moved in epicycles to account for the retrograde motion of the planets. Aristotle, Ptolemy, and other Greek philosophers changed the way that the cosmos was viewed. Biblical interpreters, including first century Jewish interpreters of the Hebrew Scripture, what we call the Old Testament, needed to reconcile this changing “science” with the texts they were reading. Likewise Christian interpreters from the ante-Nicene fathers, through the middle ages, Thomas Aquinas, and up to the reformation, Luther and Calvin, wrestled with the reconciliation of Scripture with Aristotelian cosmology.

Biblical Interpretation. Greenwood noted some consensus elements in the various interpretations. The earth as the center of the cosmos was uncontroversial: “As the pinnacle of God’s creation, it was only natural that humans would dwell at the center of the cosmos.” (p. 131) So was the identification of God with Aristotle’s unmoved mover responsible for the motion of the spheres. A three-tiered cosmos, with heaven(s), earth, and sea could fit within the Aristotelian model. In general interpreters accepted the notion that the cosmos was much larger than expected and that view of some kind of spherical system was common knowledge. “Finally and perhaps most significantly, it is widely recognized that some portions of the Scripture have to be reinterpreted in light of Aristotelian cosmology. On occasion, Aristotelian cosmology is rejected in favor of a “biblical” view of the cosmos, even though Aristotle’s explanation comports better with the scientific evidence available at the time.” (p. 132)

The New Testament authors appear to have operated “under the assumption that all inhabitants of the earth live in a region small enough to be seen from a fixed elevation. … They knew the earth was spherical, but the land itself still had borders.” (p. 136-137) This is an interesting mix of the new and the old. In fact, there is no specific evidence in the New Testaments as to what specifically the authors thought about the shape of the earth, but there is plenty of evidence that they viewed the inhabited region as relatively small and the heavens as above (or outward). There is also a multivalent view of heaven in the New Testament, with some passages spiritualizing it as God’s abode and noting that the kingdom of heaven is near. Paul’s mention of “a person in Christ who … was caught up to the third heaven” (2 Cor. 12:2) provides yet another image of heaven common in the culture.

With a few exceptions, later Christian interpreters accepted a spherical “earth” (Greenwood quotes Lactantius as such an exception – he thought this would place the earth above part of the heavens and this was unacceptable). Augustine appears to accept that “the earth is suspended within the concavity of the heavens” although he also appears to think it an as yet unproven conjecture, but he does not think it reasonable to suppose that there are people on the opposite side of the earth. The “fable” of Antipodes (“men who walk with their feet opposite ours“) he writes “is on no ground credible.” (City of God, Book XVI, Ch. 9)

The view that the inhabited landmass was relatively small also allowed interpreters a means by which to understand “the foundations” of the earth, even within an Aristotelian cosmology. But this didn’t work as well for the entire globe.

Commenting on Psalm 104:5, John Calvin wonders, “Since it is suspended in the midst of air, and is supported by pillars of water, how does it keep its place so steadfastly that it cannot be moved? Luther avoids the issue in this case by treating “earth” allegorically as a reference to the church. Similarly at Isaiah 48:13, Luther takes a metaphorical approach. Where Isaiah reads, “My hand laid the foundations of the earth and my right hand spread out the heavens,” Luther takes it to mean, “I have heaven in my hand and enclosed it in my hand. I have closed my fingers around it.” So he reconciles a cosmological conundrum by appealing to allegorical language. Calvin wrestles with the issue at Isaiah 48:13 by resorting to an alternate reading of the Hebrew tippeḥâ, translated as “spread out” in the NRSV. Ultimately he decides it does not matter which translation is preferred. Whether it means “measured” or “upheld,” it is God’s wisdom that supports “the huge mass of heavens in continual motion, so that it neither totters nor leans more to one side than to another.” Both Luther and Calvin found it necessary to interpret their understanding of the earth’s foundation in light of their understanding of the cosmos as presented to them by the Aristotelian system, despite the fact that this model was founded not on biblical principles, but on Platonic philosophy. (p. 138)

I think that the last sentence of this quote from Greenwood misses the point a bit. Luther and Calvin were not accepting the Aristotelian system based on Platonic philosophy but an Aristotelian system that comported with the empirical (as they and their culture had it) evidence. Aristotle based his proposal on evidence at least in part (see above) … although Platonic philosophy may well have shaped some of the form it took.

The Moon as a Reflector. Greenwood looks as well at the interpretations of the depths, the heavens, the reflected light given by the moon, the firmament, and the waters above separated from the waters below. All of these presented interpretive challenges. Calvin and Luther dealt differently with the problem of the moon. Genesis 1, after all, states that the moon, like the sun, is a provider of light. Luther felt that the reflected light from the sun was a sufficient explanation (and thought that the stars likewise reflected sunlight back to us).

They also say that the moon derives its light from the sun. This is really well proved at an eclipse of the moon, when the earth, intervening in a direct line between the sun and the moon, does not permit the light of the sun to pass to the moon. I do not deny or condemn these claims, but I declare that it is by divine might that such power has been given to the sun that through its own light it also lights up the moon and the stars; likewise that the moon and the stars were so created that they are receptive to the light which is sent out by the sun. (Luther, Lectures on Genesis p. 41 quoted on p. 146)

Nor, in truth, was he [Moses] ignorant of the fact, that the moon had not sufficient brightness to enlighten the earth, unless it borrowed from the sun; but he deemed it enough to declare what we all may plainly perceive, that the moon is a dispenser of light to us. That it is, as the astronomers assert, an opaque body, I allow to be true, while I deny it to be a dark body. For, first, since it is placed above the element of fire, it must of necessity be a fiery body. Hence it follows, that it is also luminous; but seeing that it has not light sufficient to penetrate to us, it borrows what is wanting from the sun. He calls it a lesser light by comparison; because the portion of light which it emits to us is small compared with the infinite splendor of the sun. (Calvin Commentaries on the First Book of Moses Called Genesis, p. 36)

Few of us today would argue as Calvin did, that the Bible says that the moon is a fiery body emitting light and so it must, even if very weakly and augmented by the reflected light of the sun.

Science and Scripture. We could cite other examples (and Greenwood does) to illustrate the conundrums faced by the Christian interpreters of the Scripture as they attempted to reconcile what they knew about the cosmos from observation, or assumed based on Aristotelian cosmology with the ancient Near Eastern cosmology of the Old Testament. Sometimes this was easy, sometimes it wasn’t. Greenwood concludes the chapter:

The most notable trait we see among the Aristotelian-era interpreters is the willingness to adapt their interpretation of Scripture in light of new understandings of the physical universe. It was assumed that the cosmos was composed on seven spheres that rotated around the earth. This had implications for all sorts of biblical interpretations. … Wherever Scripture touched on issues of cosmology, the interpreters had to contend with the Aristotelian cosmos. (p. 158)

Sometimes the science was accepted and sometimes it was rejected. But the challenge was present even then. Scientific challenges weren’t introduced by Galileo or by Darwin although the issues have changed some over the years. Such minds as those of Origen, Augustine, Basil of Caesarea, John Chrysostom, Thomas Aquinas, John Calvin, Martin Luther, and many others wrestled with the issues over the years.

Does it surprise you to think of the discussion of the relationship of science and Scripture dating back almost to New Testament times?

When is it right to revise our interpretation (and expectation) of Scripture based on scientific advances?

When is it necessary to hold firm or go slow?