Don’t Tread on Me!

Human freedom, constrained only loosely by the caveat “do no harm,” seems the rallying cry of much of Western (especially North American) civilization. Tim Keller, in his new book Making Sense of God: An Invitation to the Skeptical, tackles the issue of freedom. The Western ideal of individual freedom has brought both gain and loss. Keller notes: “the ideal of individual freedom in Western society has done incalculable good. It has led to a far more just and fair society for minorities and women. Indeed, there is a danger that a critique of the ideal of freedom could be used to weaken or roll back these gains.” (pp. 100-101)

I’d go even a step further than Keller, the Western ideal of individual freedom has also done incalculable good for the poor of all races, both male and female. The oppression of the poor for the good of the wealthy has been quite real. The labor movement of the early 20th century was a response to this situation. Voting laws help us track the developments. In 1790 in the US only adult white male property owners of the correct religion (defined at the State level, I believe) had the right to vote. In 1810 the last religious prerequisite was eliminated. By 1850 the elimination of property ownership and tax requirements gave most white males the right to vote. Literacy laws were devised to discriminate against certain immigrant populations. In 1870 the 15th amendment gave most adult males the right to vote regardless of race or creed. Some States responded with poll taxes and literacy tests (often with poor and illiterate whites “grandfathered” because they could vote before the 15th amendment passed). In 1920 women were granted the right to vote and in 1924 Native Americans were granted the rights of citizenship. Threats to voting rights remain, but they are not quite as blatant.

The losses precipitated by emphasis on individual freedom have come from a weakening of connections in families and societies, and from a weakened sense of the divine. This needs more elaboration. Freedom defined as an absence of constraints is “unworkable because it is an impossibility.” (p. 101) We all experience constraints – some are simple facts of biology. Certain behaviors conflict with health.

Keller suggests as well, that even the claim that we should be free to live as we desire as long as it does not harm another is unworkable. We don’t all agree on what constitutes “harm.” Any notion of harm reflects a set of beliefs on which we would need to agree. Keller doesn’t give this illustration, but it strikes me as particularly relevant: Some will suggest that “harm” comes from knowingly giving birth to (or raising) a child with Down Syndrome; others see this individual as having intrinsic worth as human. [Richard Dawkins once suggested that it was immoral to not abort such a fetus (here) and a large number of Americans would abort on receiving a Down syndrome diagnosis.] Keller notes:

Of course we must avoid harming others, but any decision about what harms others will be rooted in (generally unacknowledged) views of human nature and purpose. These are beliefs – they are not self-evident, nor can they be proven empirically. That means that ultimately freedom of choice is not the “magic bullet” for society. Even in our supposedly relativistic culture, value judgments are made constantly, people and groups are lifted up in order to shame them, public moral umbrage is taken as much as ever. It is hypocritical to claim that today we grant people so much more more freedom when we are actually fighting to press our moral beliefs about harm on everyone. (p. 105)

Abortion is such an issue in our society. Some feel that any curtailment on abortion rights does harm to women, while others feel that terminating a pregnancy beyond a certain point harms a young human being. But no rational discussion of the issues involved seems possible. We do not agree in our beliefs about harm. (I could bring up more inflammatory issues – but don’t want us to get sidetracked.) 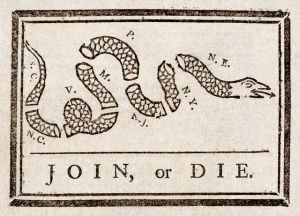 We are a social species. Human beings are shaped by interactions with other humans. The very structure of the brain can change. Complete individual autonomy is not for our own good. Love and family are great examples. Love requires sacrifice of freedom and autonomy. Both parties to put the needs of the other first.

We should hasten to say that both persons must be mutually giving up their independence or the relationship will be exploitative. If one or both parties say, “Me first, My needs before yours,” then the relationship will struggle and die. If, however, both parties habitually say and think, “You first. I will adjust for you. I will sacrifice my needs to meet yours,” then there will be no exploitation and a relationship of great richness is in store. This mutual sacrifice of autonomy leads to the variegated, wonderful kind of liberation that only love can bring.

Keller explores a little deeper – we must be free for a purpose, not merely free from constraints. “Freedom cannot be the highest or only value. We must use our freedom of choice to do something – but our culture is mortally afraid of saying what that should be or where we should land.” (p. 109) Although religion is seen by many as an enemy of freedom, this is the wrong perspective. One of Keller’s running points is that everybody worships something – and we are slaves to what we worship. We take on constraints for a purpose all the time – career goals, athletic achievement, health maintenance, and so forth. Are the constraints of Christian faith “liberating, right constraints” or “restraints that will crush and abuse us?” (p. 113) Keller argues that Christian constraints are liberating because they involve living into the giveness for which we were formed.

Here is the kicker though … Christianity faith doesn’t involve sacrificing freedom in allegiance to a divine despot. “Jesus Christ lost his glory and became mortal and died for us. In Jesus God says, “I will adjust to you. I will sacrifice for you. First I will give up my glory and immortality in becoming human in the Incarnation. Then I will give up all light and joy and my very life in the Atonement.” (p. 117) While I agree with Keller here, I think it goes even deeper than this – the entire Bible, Old Testament and New Testament, is the story of God loving his people. It didn’t start in the first century. This was, rather, when the time was right for the watershed act of love. Yes there are demands and constraints, and failures, but we love God because he first loved us. This isn’t a one way relationship. The problem I have with some philosophical theology is that it defies this reading of Scripture and God as love. And as for freedom, Keller concludes: “If the Son sets you free, you will be free indeed” (John 8:36).

Is individual freedom the rallying cry in our society?

How would you respond to Keller’s argument that love is the defining feature of Christian faith?

You may also comment on Don’t Tread on Me! at Jesus Creed