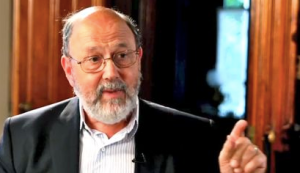 BioLogos is starting to release videos of the plenary talks (at least some of them) from the March Christ and Creation conference in Houston. This was a great time with much material worth some serious consideration. The first talk in the conference, and the first to be posted was by N.T. Wright. Wright focused on the significance of Christ in our understanding of creation. Rather than starting with Genesis, we as Christians should start with New Testament passages, not least John 1:1-5, 14

In the beginning was the Word, and the Word was with God, and the Word was God. He was with God in the beginning. Through him all things were made; without him nothing was made that has been made. In him was life, and that life was the light of all mankind. The light shines in the darkness, and the darkness has not overcome it. … The Word became flesh and made his dwelling among us. We have seen his glory, the glory of the one and only Son, who came from the Father, full of grace and truth.

The Son is the image of the invisible God, the firstborn over all creation. For in him all things were created: things in heaven and on earth, visible and invisible, whether thrones or powers or rulers or authorities; all things have been created through him and for him. He is before all things, and in him all things hold together. And he is the head of the body, the church; he is the beginning and the firstborn from among the dead, so that in everything he might have the supremacy. For God was pleased to have all his fullness dwell in him, and through him to reconcile to himself all things, whether things on earth or things in heaven, by making peace through his blood, shed on the cross.

In the past God spoke to our ancestors through the prophets at many times and in various ways, but in these last days he has spoken to us by his Son, whom he appointed heir of all things, and through whom also he made the universe. The Son is the radiance of God’s glory and the exact representation of his being, sustaining all things by his powerful word.

A brief excerpt from his talk below (you can also find a transcript of this excerpt on the BioLogos blog: NT Wright: If Creation is Through Christ):

The entire talk is less than half an hour, and also available on YouTube: Christ and Creation: Exploring the Paradox. I warn you, however that clicking on the link can lead you down a path that consumes more time than anticipated – I was ensnared by several other recent videos featuring Wright on other topics, including a panel discussion on the meaning of Jesus’ crucifixion.

If Christ is the one through whom all things were made, in whom and for whom all was created, how does this shape the way we understand God, creation, and the Old Testament story leading up to Christ? Wright claims that “it isn’t that we know who God is and then we fit Jesus into that,” rather Jesus reveals God to us in increasing fullness. “This means, I think, that the more we discover about Jesus himself, the more we find out about the means of creation itself, and that when we explore this line of thought, all sorts of things look differently to how they looked when we approached things the other way around.” (at ca. 9-10 minutes in the full talk). Given the understanding of Jesus we develop from the New Testament it seems clear that God works though process – his processes in his time. There is little in the story of Jesus and the kingdom stories he told to lead us to expect that God would work through power and decree. The decisive action of the cross was not some route to rescue a plan gone awry.

The parable of the sower may give us some vision of how God works to bring about his Kingdom.

What does Wright’s argument suggest to you?

Should we begin our consideration of creation with Christ?

You may also comment on Creation Through Christ at Jesus Creed.