Wisdom of This World 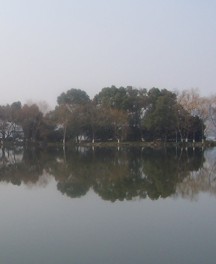 Oftentimes when discussing issues of science and faith, or other issues that challenge the conventional thinking of the Christian faith, someone will up and quote or paraphrase Paul from his letters to the Corinthians.

For the message of the cross is foolishness to those who are perishing, but to us who are being saved it is the power of God. For it is written: “I will destroy the wisdom of the wise; the intelligence of the intelligent I will frustrate.” Where is the wise person? Where is the teacher of the law? Where is the philosopher of this age? (1 Cor. 1:18-20)

Do not deceive yourselves. If any of you think you are wise by the standards of this age, you should become “fools” so that you may become wise. For the wisdom of this world is foolishness in God’s sight. As it is written: “He catches the wise in their craftiness”; and again, “The Lord knows that the thoughts of the wise are futile.” (1 Cor. 3:18-20)

In the 1 Cor. 23 Paul notes that Christ crucified is “a stumbling block to the Jews and foolishness to the Greeks” (1. Cor. 1:23). I have at times heard people claim that this view of Christ crucified as “foolishness” explains the resistance to so-called “biblical” views of creation be they young earth, old earth progressive creation, or intelligent design.

Does this stumbling block have anything to do with our approach to science?

Without discussing the specifics of the age of the earth, evolution, the historicity of Adam or the concept of Hell, I would like to look at this more closely today and pose a more fundamental question as well.

What is the wisdom of the world?

By the way – there is a link to an intriguing “scientific” study of greed and entitlement below. One that merely confirms, perhaps, the wisdom of God.

God has made foolish the wisdom of the world. But I don’t think this has anything at all to do with the age of the earth, the historicity of Adam, or many of the questions raised by the scientific study of God’s creation. The wisdom of the world is far more down to earth … and far, far dirtier.

The wisdom of this world involves jealousy, quarreling, and following human leaders. In the passages quoted above Paul is writing to a church in Corinth troubled by conflict, human pride, and divisiveness.

Brothers and sisters, I could not address you as people who live by the Spirit but as people who are still worldly—mere infants in Christ. I gave you milk, not solid food, for you were not yet ready for it. Indeed, you are still not ready. You are still worldly. For since there is jealousy and quarreling among you, are you not worldly? Are you not acting like mere humans? For when one says, “I follow Paul,” and another, “I follow Apollos,” are you not mere human beings? (1 Cor. 3:1-4)

Along this line there was an interesting article several years ago Higher social class predicts increased unethical behavior published in The Proceedings of the National Academy of Sciences. The authors performed seven different studies looking at the relationship between social status and unethical behavior.

Although greed may indeed be a motivation all people have felt at points in their lives, we argue that greed motives are not equally prevalent across all social strata. As our findings suggest, the pursuit of self-interest is a more fundamental motive among society’s elite, and the increased want associated with greater wealth and status can promote wrongdoing. Unethical behavior in the service of self-interest that enhances the individual’s wealth and rank may be a self-perpetuating dynamic that further exacerbates economic disparities in society, a fruitful topic for the future study of social class.

It isn’t that the poor are inherently more ethical, but that status conveys a sense of entitlement. The Science report notes “When participants were manipulated into thinking of themselves as belonging to a higher class than they did, the poorer ones, too, began to behave unethically.” Perhaps this study simply brings to light what Jesus taught.

The wisdom of God overturns the wisdom of the world in pursuit of self-interest, be it money, power, status, or adulation. In the Kingdom of God self-interest and entitlement take a back seat to the love of God and love of neighbor.

The wisdom of this world involves failure to worship God and the world through its wisdom does not know God. At times the science and faith discussion does become mired in the wisdom of this world. Not because of the science, be it geology or evolution, but because of the arrogance to think that the knowledge that comes from human reason describes all of creation. It comes from an attitude that declares there is no God and rather steadfastly fails to acknowledge what the Psalmist knew … The heavens declare the glory of God; the skies proclaim the work of his hands.

What would you add to the list as part of “the wisdom of this world?”

Does the “wisdom of this world” have anything to do with the science and faith discussion? If so what and why?

You may also comment on Wisdom of This World at Jesus Creed.