Who is this Jesus?

I believe in Jesus Christ, his only Son, our Lord.
He was conceived by the power of the Holy Spirit
and born of the Virgin Mary. 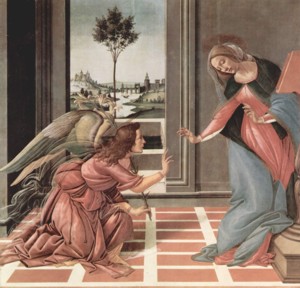 The largest portion of the Apostles’ Creed focuses on the life and death of Jesus Christ. This is not surprising as Jesus the Christ is the central element of Christian belief and is  contrasted with all others. This was true in the first century, in the early church, and is true today.

Jesus is introduced and described at the beginning of this section of the Apostles’ Creed. Jesus is the Christ, the Son of God, our Lord, conceived by the Spirit, and born of woman. There is a lot to unpack in this short statement.

Jesus. J. I. Packer (Affirming the Apostles’ Creed) starts with the name. “Jesus (Greek for Joshua, meaning “God is Savior”) is his proper name. It identifies him as a historical person, Mary’s son from Nazareth in Galilee … The four Gospels described his ministry in some detail.” (p. 60) Jesus was a human being who lived in a particular social context at a specific time in a defined place. Other humans who traveled with him and heard his teaching bore witness to his life. This witness was received by the church beyond the confines of Palestine and is preserved for us today. Our faith is grounded in history.

Christ. But there is more. Jesus is the Christ, God’s Messiah. Christ is not his surname, it is a title and denotes a calling, a role or vocation. Both Packer and Michael Bird (What Christians ought to Believe) emphasize this. Michael fleshes it out for us:

So when the Apostles’ Creed refers to “Jesus Christ,” we should think of it as a reference to Jesus in his messianic office as the Christ, the long-awaited deliverer of Israel. The designation “Christ” is from the Greek word Christos, which itself is a translation of the Hebrew word mashiah, meaning “anointed one” (and from which comes the word Messiah). So for us, the mention of Jesus as “Christ” or “Messiah” should automatically evoke the wider gospel narrative pertaining to Jesus’s messianic ministry in Galilee and Judea. (p. 86)

The messianic role of Jesus, Packer notes, makes him prophet, priest, and king – roles requiring anointing in the Old Testament. In fact, naming Jesus as the Messiah connects him with the Old Testament narrative and the mission of God revealed there.

Son. Jesus is more than a human being, he is the Son of God. While this is a messianic title in places, potentially referring to a human being, the church quickly came to realize it as much more when applied to Jesus. While Jesus was fully human, he was also Immanuel, “God with us” fully divine. The varied ways in which this is conveyed in the Gospel accounts of his life is a fascinating study in its own right. Richard Hays in his recent books Reading Backwards and Echoes of Scripture in the Gospels helps us understand the depth of imagery and understanding that connects Jesus with God.

His only son – there is no other. Jesus is the Son who was present at the Creation of the world. He became flesh and dwelt among us. The Word became flesh and made his dwelling among us. We have seen his glory, the glory of the one and only Son, who came from the Father, full of grace and truth. John 1:14

Lord. The statement that Jesus is Lord is arguably the oldest creedal statement of Christianity. Paul writes that “no one can say, “Jesus is Lord,” except by the Holy Spirit.” (1 Cor. 12:3) Both Ben Myers (The Apostles’ Creed) and Michael Bird both note that the term Lord (kyrios) connects Jesus with the Septuagint’s use of the term for YHWH and adonai. To say Jesus is Lord is to pledge allegiance to him alone, it is an expression of “covenant loyalty” and a commitment of our everything. To say that Jesus is Lord is also a recognition that Caesar is not. In Paul’s first century Roman world context, Caesar was “Lord” politically and religiously. For the Christian, Jesus alone is Lord. A statement and an allegiance worth dying for. Michael Bird elaborates:

The Romans were not interested in the internal disposition of people’s lives. Confession of Jesus as Lord was always a scandalous and subversive claim. Profession of a “lord” is not merely religious language for adoration on some spiritual plane; it is also a matter of social and political allegiance. When it came to who was running the show, the Christians knew that there were only two options, either the son of Augustus or the son of David. (p. 93)

Today we need to strike “son of Augustus” and put country or party in its place. In the USA this is a sore issue these days. But similar problems exist at all times and all places. Our allegiance should be clear when we affirm Jesus as our Lord. This goes far beyond a personal spiritual feeling. It lays claim on our entire lives. Perhaps this is why “no one can say, “Jesus is Lord,” except by the Holy Spirit.”

Conceived by the Spirit, Born of the virgin. This is a very important clause in the creed, but there is some disagreement exactly how to understand it. There is a claim of divine origin. Jesus is not merely a man produced in the usual way. At one time it was believed that the sin nature came through man’s seed planted in a woman. Thus the virginal conception preserved Jesus from sin. But this isn’t the best way to understand Jesus, his humanity or divinity. It doesn’t seem to play a role in the New Testament understanding at all.

Ben Myers points out that this is not simply some unbelievable miracle. Rather it plays an important role in the whole story. “To understand the virgin birth we need to see how it fits into the whole story of Scripture – a story in which miraculous births play a starring role.” (p. 50) God worked to bring about his purposes through Sarah, Rebecca, Hannah…

That is how it goes in the Old Testament: at the great turning points of history, we find a woman, pregnant, and an infant brought into the world by the powerful promise of God. Israel’s story is a story of miraculous births. (p. 51)

The confession that Jesus Christ was born of a virgin isn’t just a bit of theological eccentricity. It’s not a random miracle story. It’s a reminder that our faith has deep roots in Israel’s story and Israel’s Scriptures. (p. 54)

Incarnation. Of course, the birth of Jesus isn’t quite the same as the miraculous conceptions of the Old Testament. The virginal conception of Jesus through the power of the Holy Spirit and his birth are also a witness to the reality of the incarnation. He came as a human baby, fully human and fully divine.  Michael Bird points out that “the virgin conception provides clarification to Jesus’s identity as the pre-existant and eternal Son of God made flesh.” (p. 106)

According to Bird, there are four other things the virgin conception and birth of Jesus does for us:  it “makes it clear that Israel was the vehicle by which God’s deliverance comes into the world.” (p. 105) This is similar to the point made by Myers. It “underscores the dominant role of the Holy Spirit in Jesus’s ministry.” (p. 105)  This goes beyond his conception by the power of the Spirit. Bird cites Luke 4:1, 14, 10:21, and Matthew 12:28 as well as other passages. Moving on, it “means that God’s new world was at last becoming a reality.” (p. 106) Or more completely: “the birth of Jesus is the first sign of a new world being born, a new age dawning upon our own.” (p. 107) Finally, it “teaches us about the victory of God and the vanquishing of Satan.” (p. 107) Here Bird refers to Revelation 12 and its imagery of childbirth.

What else do you see in this opening statement about Jesus?

You may also comment on Who is this Jesus? at Jesus Creed.

This entry was posted in Apostles' Creed and tagged Ben Myers, J. I. Packer, Michael Bird, Richard Hays. Bookmark the permalink.
%d bloggers like this: