It All Adds Up – The Earth is Old 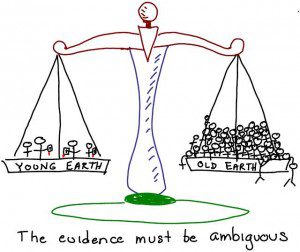 Sometimes it is hard to know what to believe. After all, we can’t all be experts in everything, or very many things. Discussions surrounding science and Christian faith often involve a decision about who to trust and listen to. It helps when Christians who are also scientists, who have the expertise to understand the arguments, take the time and care to explain the evidence.

A recent article Testing and Verifying Old Age Evidence: Lake Suigetsu Varves, Tree Rings, and Carbon-14 by Gregg Davidson (Professor and Chair of Geology and Geological Engineering at the University of Mississippi) and Ken Wolgemuth (Adjunct professor of Geosciences at the University of Tulsa) runs through a line of evidence demonstrating that the earth is certainly far older than a few thousand years. Gregg brought his article to my attention last year, shortly after it was published in the American Scientific Affiliation journal Perspectives on Science and Christian Faith. I waited to post on the article until it became freely available to all, whether members of the ASA or not. (Gregg also agreed that this would be best.)

This isn’t an article about evolution – a far more complicated question. It is simply about straight forward evidence for an earth far older than the 6 to 10 thousand years suggested in a young earth creation model. Bishop Ussher’s dating of creation in 4004 BC (6023 years ago) based on his understanding of the biblical genealogies simply doesn’t fit the physical evidence we find in the world around us. To begin with, there is a continuous thread of evidence using carbon-14 dating, tree rings, and lake varves (layers representing annual cycles) that extend from the present to something around 50,000 years ago. Gregg and Ken work through the data stepwise, answering some of the criticisms raised by young earth creationists in the process.

The varve count in Lake Suigetsu provides a direct measure of age. These varves are layers deposited in layers by seasonal diatom blooms and variations in sedimentation, similar in pattern to the growth rings found in trees reflecting seasonal variations. There are tens of thousands of these layers observed in Lake Suigetsu. Over the relevant time ranges for each line of evidence carbon-14 dating, tree ring counts, and lake varve counts can be used as independent measures of age. They provide a self consistency test and help to rule out alternative hypotheses included multiple layers or rings per year and large variations in carbon-14 deposition or radioactive decay. The details of the analysis are available in the paper.

Gregg and Ken point out:

These results mean one of two things. Either God was superintending one sediment couplet per year at the same time that trees were adding one growth ring per year 11,000 years ago, or God manipulated unrelated and independent processes (tree rings per year, atmospheric carbon-14, decay rates, and sediment couplets per year) in a precise manner over a much more abbreviated time frame such that they are indistinguishable from the expectations of conventional geology. (pp. 83-84)

Other methods of dating can also be brought to bear on the problem. The volcanic ash in the cores from Lake Suigetsu allow argon-argon dating to validate (or refute) the dates determined using carbon-14 and varve counts. The dates from independent measurements and approaches agree within expected error (i.e. for one volcanic explosion the data of 10,000±300 from Ar-Ar compares well with 10,200 to 10,230 from carbon-14).

Contrary to young-earth claims that historical science is not real science because it cannot be tested, God has given us amazing tools for testing hypotheses and assumptions about the unobserved past. Tree-ring growth, atmospheric carbon-14 production, radiometric decay rates, sediment couplets, and ash chemistry are all independent phenomena. Combining these independent measurements allows a rigorous comparison of conventional and young earth models. The data, in total, fit amazingly well with conventional geologic understanding, requiring no disruptions of natural laws or unfathomably improbable alignment of unrelated processes. Even accurate biblical dates of artifacts are possible with conventional understanding. (p. 87)

Gregg and Ken are Christians. They care about this issue because so many of the argument put forth for a young earth – attempting to defend it scientifically – simply don’t hold up. The distinction between laboratory and historical science is faulty. There are many different lines of evidence for an ancient earth, all of which are in general agreement. They provide consistency checks for each other. Gregg and Ken have taken the time to patiently and carefully worked through one particular example in this paper. They provide a clear and relatively short discussion of the strength of the data and insight into why the counter claims in support of a young earth are not convincing.

Other resources are also readily available. Joel Duff, a biology professor at the University of Akron, provides a discussion of many examples, including the varves in Lake Suigetsu (here) at his blog Naturalis Historia. The collaborative book The Grand Canyon: A Monument to an Ancient Earth provides another valuable resource. Joel, Gregg and Ken all contributed to this book.

The evidence adds up. The earth is old. This is completely compatible with Christian faith, and even with a faithful reading of the Bible. It does challenge some interpretations, but not the essentials of Christian faith.

You may also comment on It All Adds Up – The Earth is Old at Jesus Creed.