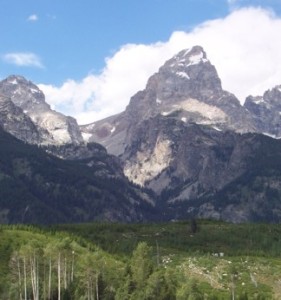 Climate change is an issue that is not going to go away. It is also not an issue where ideology or worldview will ultimately play any significant role. Either humans are impacting the climate or we are not. Because of the impact on human life both present and in the future, this is an issue where we have an obligation to get it right. Because of the potential significance I am going to spend some time over the next several months digging deeper.

Several years ago worked through a book by Jonathan Moo and Robert White Let Creation Rejoice: Biblical Hope and Ecological Crisis. Revisiting this book will provide a good start. To dig deeper into the Bible, we will also look at a more recent book by Jonathan Moo with his father Douglas Moo Creation Care: A Biblical Theology of the Natural World.

Today we return to the opening of Let Creation Rejoice. This book looks at the scientific evidence for threats to the environment arising from the actions of mankind and at the hope and mission that Christians have and the difference this can make. From the preface:

Yet what is inescapably different about today is that never in the history of human life have so many people been threatened by the changes our planet is undergoing; never have some of the planetary changes we are witnessing occurred so quickly, with so little time for adaptation; and never before has one species (us) been identified as the primary cause of such rapid, large-scale changes. It is this recognition of our vulnerability and our culpability, along with the fear that things are on the verge of getting much, much worse and there is little we can do about it, that lies behind much of the despair so prevalent in this age. …

This book, though, is about hope …

As we say in the first chapter, it is our desire that readers come away from this book with a renewed appreciation of the wonderful world that God has created, as well as a firm understanding of its present condition and the potential that we have to affect it. But most of all we aim to encourage profound trust in the Creator and Redeemer God whose faithfulness is the only and ultimate ground of our hope. (pp. 8-9)

Moo and White are well qualified to address this issue and their book is worth a careful look. Jonathan Moo is an associate professor of biblical studies at Whitworth University in Spokane Washington. He holds undergraduate degrees in Biology and English (Lake Forest College), and graduate degrees in Wildlife Ecology (MS, Utah State University), and Theology (MA Old Testament, MA New Testament, both from Gordon-Conwell, PhD, Cambridge). Robert White is professor of geophysics at the University of Cambridge UK, PhD Cambridge.

The first full chapter of the book is short, and sets the stage for what is to come in the later chapters. This should give a taste for the book and the shape our discussions will take. 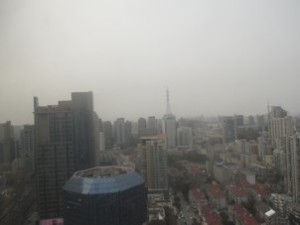 Apocalypse Now? As we all know there are many groups who are proclaiming that the end is near – not in the second coming, but as a result of anthropogenic environmental disaster. Global warming tops the list of issues, but it is not the only problem that the doomsayers see on the horizon. We are also reaching the limits for freshwater use and acidification of the oceans.

In chapters 2 and 3 Moo and White will present a survey of the scientific data – a brief survey as this is a relatively short book written for a general audience. Their assessment is that there is plenty of cause for concern. Although there may be some ideological scare mongering in the rhetoric that makes the news, there are good reasons for thinking that we may be facing a crisis situation. But they encourage the reader to interact with the evidence – something we will do in the next posts on this book.

How to Respond? If there is a genuine problem or the real threat of a crisis, the next question is that of response. Moo and White outline the range of responses that are taken.

Moo and White don’t think any of these approaches reflect the approach that Christians should take and, after the discussion in the next few chapters of the scientific evidence for environmental concern and the prospect of crisis, they focus on an appropriate Christian response. This response will arise from an understanding of God’s plan for the earth and how this fits into the story of scripture, including the life, death, and resurrection of Jesus. They do think that this will lead Christians into the category of problem solvers, but with a focus that is very different from purely secular approaches. The gospel reorients our relationship with God and with the world and this will result in a difference in how we relate to other humans and to the rest of creation.

If you are interested, pick up the books and join in the conversation. It is an important one.

Do you think there is anything to the global warming scare?

How would you characterize your response?

What approach should Christians take?

You may also comment on Creation Care at Jesus Creed.

This entry was posted in Creation, Environment, Environmentalism, Theology and tagged Jonathan Moo, Robert White. Bookmark the permalink.
%d bloggers like this: