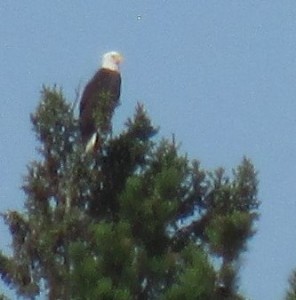 How can a two to three thousand year old book (with some portions likely older) speak to a 21st century Western audience?

Where is the relevance?

While some things remain constant (e.g. the draws of selfish desires, money, sex, and power), many of our challenges and cultural norms are quite different. Among other things, animal sacrifice is not a going concern.

Many in the church strive to make the stories relevant to draw in the unchurched. I recall a sermon many years ago where we were “taught” that one value of the story of Shadrach, Meshach, and Abednego was to help us with marital and relationship issues … yes really. No mention of the lesson to be faithful to God, even when your society punishes this loyalty (definitely relevant today) nor the lesson to be faithful even if there is no miraculous intervention. The response of the three men to the king is worth pondering.

Shadrach, Meshach and Abednego replied to him, “King Nebuchadnezzar, we do not need to defend ourselves before you in this matter. If we are thrown into the blazing furnace, the God we serve is able to deliver us from it, and he will deliver us from Your Majesty’s hand. But even if he does not, we want you to know, Your Majesty, that we will not serve your gods or worship the image of gold you have set up.” Dan 3:16-18 NIV

God is able … but even in the Bible, such miraculous intervention is not the rule. After all, faithful prophets were killed, and many of the early apostles and disciples of Jesus as well. There are many relevant lessons for us today, but a connection to marital fidelity and relationship is rather a stretch.

There are many wrong ways to seek relevance. What are healthier approaches?

Creation care provides a case study. Douglas and Jonathan Moo’ recent book Creation Care: A Biblical Theology of the Natural World is not a science book, it is a Bible book and a theology book. But what does the Bible have to do with creation care? This was not an issue of concern when the various texts were written, the books compiled, and the preserved. In the second chapter of the book (and first video episode) Doug and Jonathan look at thinking biblically and theologically about creation. The first episode, by the way, is available on YouTube – see the link at the end of this post. Doug Moo begins to address the “How” question – How do we use Scripture to address creation care? – about 13 minutes into the episode. The link below starts at this point because it is the focus of today’s post, although the entire episode is worth watching.

Biblical theology uses four pillars to build a bridge to connect the world of the texts to our world today. I paraphrase these according to my understanding from the Moo’s discussion. First, it accurately and carefully describes the teaching of the bible within its own categories. Careful biblical study is foundational. Second, it must be prescriptive – thinking about what the text means not only what it meant. Third, it must be inclusive of all of scripture, not picking and choosing favored books or worse yet verses to proof-text a result. Finally, it must be canonical – appropriately realizing, for example, that the theology of creation in the Old Testament is presupposed in the New.

In the video and book Doug Moo uses an example of a roundabout to illustrate a healthy approach to scripture (image to the right from Wikipedia). Our approach to scripture is not a one lane, one way bridge with information flowing from the text to us. Rather we bring our concerns from our world to the text – and this includes both questions and information. “The road from the text to our own world is not an uninterrupted superhighway. In reality our reading of the text is influenced by factors from our own world. Traffic from several secondary roads deeds into the highway leading from text to application. We may identify three general kinds of traffic that will influence our biblical theology of creation care: historical and systematic theology, culture, and science.” (p. 37)

We should not easily dismiss the work of our predecessors in the church. This is where historical and systematic theology comes into the picture. It should not define the end result, our ultimate conclusions, but it must be wrestled with and considered. Doug concludes: “Of course, we must not allow the categories of historical or systematic theology to dictate how we read the Bible – the Bible must have the last word. Sometimes our study of the Bible will force us to revise historical or systematic categories, but our work is nevertheless influenced by them and would be impoverished and less helpful without them.” (p. 38) It is refreshing to see this stated explicitly. Historical and systematic theology arose with the context of a time and culture. Sometimes assumptions are made and conclusions drawn that arise from that culture rather than from the message of scripture. For example, and one I’ve been thinking about quite a lot over the years, the concept of the Fall may well be influenced by the culture in which it was articulated (e.g. Augustine’s and Calvin’s). It is not unfaithful to or dismissive of scripture to revisit the topic.

Each day and age brings at least some different concerns and question. Racial reconciliation, the nature of personhood, the role of women, and creation care are all questions that we bring to the text from our 21st century Western culture. It is important that cultural input does not overwhelm and reshape the gospel and the biblical message. But it is important to realize that there is no such thing as objective neutrality. Cultural issues provide important new input that can enhance our understanding, among other things, by causing us to focus more carefully on the questions they raise. As Doug writes: “Shifts in culture can illuminate assumptions that we have unconsciously adopted and that do not, in fact, align with a genuinely biblical worldview. To borrow from language we used earlier, biblical theologians will sometimes need to resist cultural developments, while at other times these developments may help us to recover a biblical perspective that has be lost or unduly minimized.” (p. 39-40) The change in abortion laws have cause much deeper theological thinking about the beginning of personhood – raising questions that were not commonly raised before the 70’s (a personal example Doug raises in the video). It has also caused many to consider the role that culture rather than divine precept plays in the assumed roles (and presumed abilities) of men and women.

Science in particular is a valid contributor to many (but not all) discussions in our day and age. Scientists study God’s creation whether they acknowledge this or not. “Truth discovered by scientists in the natural world has some bearing on the truth we find in Scripture. Science in this sense is no alien dialogue partner, since the scientist studies the very world that God has made intelligible in the first place. Of course, the matter is complicated by the inevitable uncertainties and sometimes sharp debates about just what “science” is currently telling us. The issue, however, is not scientific theory vs. biblical fact, but, rather, the interpretations of scientists with the interpretations of biblical scholars and theologians.” (p. 40-41) I expect that there will be some places where Doug and I would disagree when it comes to science and Christian faith – but I have long held and continue to hold the opinion that the church needs open dialogue and interaction between Christians who are scientist and Christians who are biblical scholars and theologians. Only then will we reach robust and faithful conclusions. When it comes to creation care the potential consequences of a head-in-the-sand approach are too great.

How should we approach questions that are not directly addressed in Scripture?

What is the appropriate relationship between culture and biblical theology?

You may also comment on Approaching the Bible at Jesus Creed.

1 Response to Approaching the Bible