Surely the People are Grass 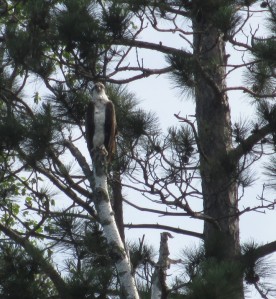 It has been a very busy start to the academic year. I’ve been planning to dig into the book (and video course) by Doug and Jonathan Moo Creation Care: A Biblical Theology of the Natural World, but haven’t had the time. Today, finally, we return to look at chapter 4, Members, Rulers, and Keepers of Creation (episode 3 in the video series).

We start by looking the (in)significance of humans. We are creatures like all other creatures on earth. The study of biology shows just how true this is – from our genome to the chemistry and material structures that allow us to live and function. Biblically, this extends to our very souls. Jonathan emphasizes this in both the book and the lecture.

As I begin writing this chapter, I (Jonathan) am sitting near the shore of the Pend Orielle River in the far northeastern corner of Washington State n a cool and cloudy August morning. The breeze is rustling the aspen leaves above me and causing a mixed forest of aspen, western redcedar, hemlock, Engelmann spruce, Douglas fir, larch, white pine, grand fir, and lodgepole pine on the hills across the river sway gently back and forth. Three white-tailed deer bucks are slowly picking their way along the opposite shore, and a red squirrel is chattering loudly behind me. An osprey has just flown into a Douglas fir nearby. …

All of these creatures … and even the inanimate rocks and soil and water and clouds, are, I know, bringing God praise and glory simply by being what they were created to be. Yet what, then, I wonder, of me and my kind? (p. 68)

The picture at the top of this post is an osprey, although perched on a dead birch on a lake in northern Minnesota where I enjoyed watching it fish and eat rather than along a river in Washington state. Below is an image of the osprey eating the fish I watched it catch. As a human I am not a bird, or a cat, or a chimpanzee. But it is hard to identify precisely the features that set us apart. Turning to scripture it isn’t the soul. Jonathan points out: “We, like all other living things, are earthly creatures, formed from the dust of the earth, adam from the adamah. Our possession of the life-giving breath of God, making each of us a nephesh or psychē or “soul,” does not distinguish us from other living things, all of whom are also animated by God’s same life-giving Spirit.” (p. 70)

We are reminded of our insignificance in many passages.

As for mortals, their days are like grass;
they flourish like a flower of the field;
for the wind passes over it, and it is gone,
and its place knows it no more.
Ps 103:15-16

Yet you do not even know what tomorrow will bring. What is your life? For you are a mist that appears for a little while and then vanishes.
James 4:14

But we have a special relationship and vocation. These do set us apart. The verses from Psalm 103 above are bracketed by verses comparing God’s care for humans to that of a good father for his children.

Psalm 8 and Genesis 1 take this further and identify a human vocation.

what are human beings that you are mindful of them,
mortals that you care for them?
Yet you have made them a little lower than the angels,
and crowned them with glory and honor.
You have given them dominion over the works of your hands;
you have put all things under their feet
Psalm 8:4-7 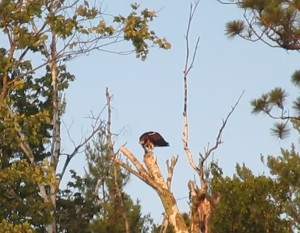 Our position in creation is defined by relationship and vocation. As humans we are created to be in relationship with God and to serve as his image in the world. To rule and subdue as his image is not a calling to destroy and deface. Rather it calls for care of the ‘garden’ extended to all of creation, to fight against God’s enemies, to rule for the good of the ruled not aggrandizement of the ruler. We rule under God, to image God’s care to all of creation as best we can.

Godly rule is described in Psalm 72 and embodied in the life of Jesus. “As Christians, we will finally only understand that humanity’s rule ought to look like by focusing on Christ.” (p. 72)

Give the king your justice, O God,
and your righteousness to a king’s son.
May he judge your people with righteousness,
and your poor with justice.
May the mountains yield prosperity for the people,
and the hills, in righteousness.
May he defend the cause of the poor of the people,
give deliverance to the needy,
and crush the oppressor.
Ps 72:1-4

Let the same mind be in you that was in Christ Jesus, who, though he was in the form of God, did not regard equality with God as something to be exploited, but emptied himself, taking the form of a slave,
Phil. 2:5-7

Our vocation as the image of God is a corporate human calling, it is always subordinate to God, and it is for the good of the whole of creation. God has made his covenant with all leaving creatures. Here we turn to Genesis 9:

Then God said to Noah and to his sons with him, “As for me, I am establishing my covenant with you and your descendants after you, and with every living creature that is with you, the birds, the domestic animals, and every animal of the earth with you, as many as came out of the ark. … God said to Noah, “This is the sign of the covenant that I have established between me and all flesh that is on the earth.” Gen 9:8-10,17

But creation care is first and last simply about being human. It is about becoming who we have been created to be as God’s image bearers in the community of creation, living as God calls us to in all of life – in our eating and sleeping, our working and playing, our planting and harvesting, our buying and selling, our loving and dying. The biblical vision is a holistic, all encompassing one, and it includes us all. (p. 86)

Obviously, this is only a few brief ideas and highlights from the chapter – but covers an essential point. Creation care isn’t relegated to a small cadre of specialists, and it should flow from our nature as children of God created in his image.

How does this vision of our calling as God’s image on earth and God’s care for creation change our understanding of ‘creation care’?

How do our insignificance and our significance come together to shape our understanding of ourselves and our role in God’s creation?

You may also comment on Surely the People are Grass at Jesus Creed.