Do you think the scientific method generally produces reliable conclusions? 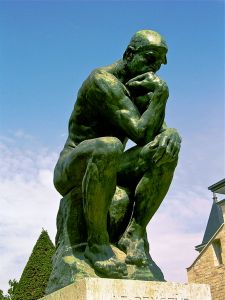 There is an interesting new report out by the Pew Research Center summarizing poll results on views of science: (see the link: Key Findings). The results presented are enlightening and thought provoking. While public opinion on climate change and some energy issues are tied very closely with political affiliation, this is not true of most other significant “hard science” (my term not theirs) issues. There is, for example, no significant difference in the view of vaccination correlated with political affiliation. Something my grandfather, who was extraordinarily conservative politically – but who also spent his early career as a medical doctor treating polio victims, would appreciate. (Polio was only important in the earlier part of his career because vaccination wiped out polio in this country.)

Most of those with high or medium “science knowledge” agree that science has a mostly positive impact in our society. (Science knowledge was not self-reported, but was tested by a series of factual questions during the survey – e.g. does the respondent know that oil, gas and coal are fossil fuels or that the earth’s tilt is the main cause of seasons). In fact, Americans by and large have at least a fair amount of confidence in scientists (86% in the 2019 survey). In contrast only 57% have at least a fair amount of confidence in religious leaders and only 35% in elected officials. (Americans also tend to distrust business leaders and the news media – but have more trust in these than in elected officials.) As a Christian I find the lack of confidence in religious leaders concerning, although not unwarranted. It is clear that a lack of checks an balances can allow charismatic scoundrels to prosper (at least for a while) and to make the headlines when they fail. Critical evaluation is important in all areas.

Scientists are, of course, also susceptible to carelessness and corruption (as any of us in the field know), although the push in the scientific community to replicate and test provides an important check on most distortions. Any significant result that seems “off” will be tested. Appropriately, the public has the most confidence in research when data is openly available and/or reviewed by an independent committee. Openness is important, and there is a push for far more openness today than in the past. In many cases, data are to be deposited, preserved, and made available upon request after publication. Open access publication appears to be the wave of the future.

What do you think? Does the scientific method generally lead to reliable conclusions?

What factors increase (or decrease) your confidence?